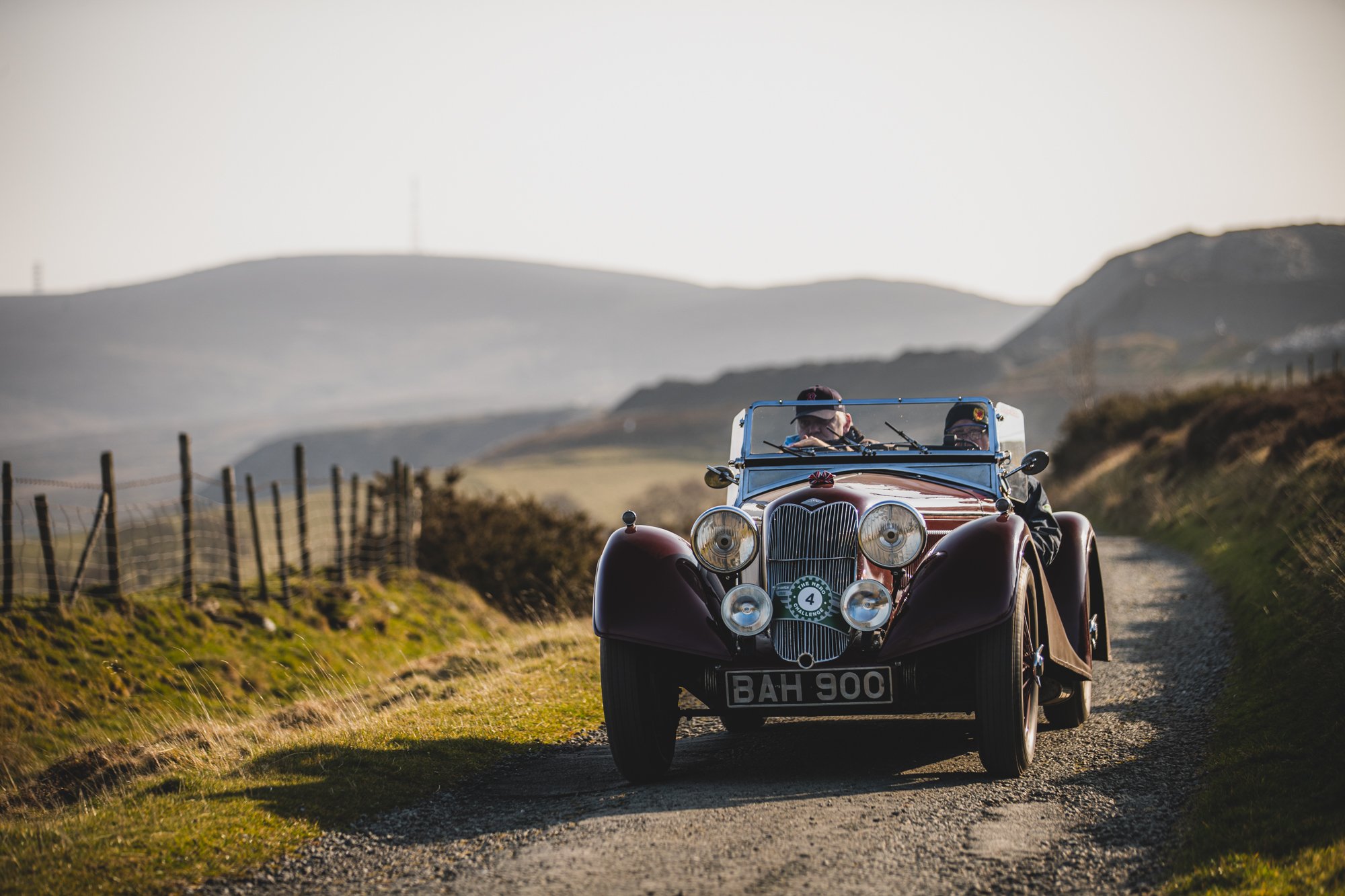 The route for the HERO-ERA Challenge One was a challenging one covering 140 miles of Welsh landscape. But it wasn’t anything that the 1936 Riley Sprite couldn’t handle. The car, driven by John Lomas and navigator Pete Johnson, came out on top after six regularities and 10 tests. Being the oldest car in the rally, it had some tough competition with some much newer and powerful cars. “We haven’t done a rally for nearly a year, so the idea was the try the car out,” explains co-driver Pete Johnson. “It worked really well, it has been a great weekend. There are half a dozen teams who could have won, but now ‘JLo’ has done it — who would have thought he’d become a master!” Runners-up Alistair Leckie and Matt Outhwaite (1984 Saab 900 Turbo) also called the victory extraordinary – “As we were going up the hills in some of the lanes we were thinking it’s fine with our turbo and plenty of torque, but getting a pre-war car with a pre-selector gearbox up there is a really impressive feat!”

The win goes to the whole team at Blue Diamond Riley Services. It’s no easy task prepping a car for a rally and it’s a great team effort. There were many people that helped prepare the Sprite for the event, which is familiar territory for us at Blue Diamond. Having decades of experience at the highest level of restoration and maintenance, we are ready to prepare your vehicle for its journey to the finishers ramp. Contact us today to arrange a visit to our Bicester Heritage base, or sister workshop in Southend. Or stop by to see us at one of the many events we participate in each year.

While the win is fresh, we don’t have too long to soak it in as we’re looking forward to the Flying Scotsman this coming weekend followed by the Hero Challenge Two in July at Bicester Heritage where John will be partnered by his daughter, Natasha.

More details on Hero Challenge One can be found here.