Blue Diamond takes 1st in class at The Flying Scotsman 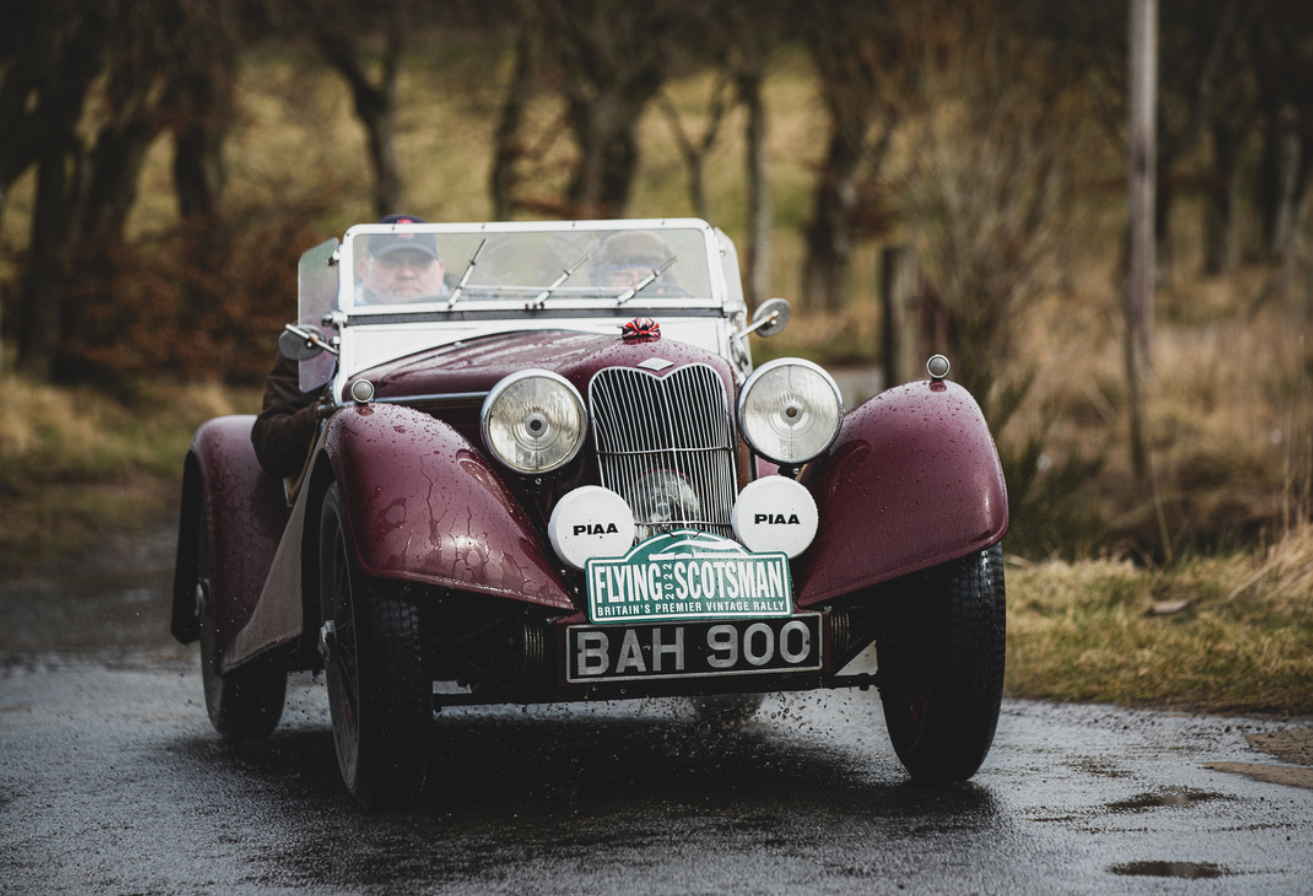 After 600 grueling miles over 3 days, the Blue Diamond Sprite ‘BAH’ driven by John and expertly navigated by Pete Johnson finished 9th overall and first in class at The Flying Scotsman. This is the team’s 3rd time competing in the rally in the 1936 Sprite and improved on their 12th place in 2019.

The Flying Scotsman is the UK’s premier rally designed exclusively for vintage motorcars. This year’s route began in Northumberland taking competitors through the very best scenery and roads that the area has to offer before heading into new territory with an overnight halt at St Andrews. Day 2 had crews covering some famous ‘Flying Scotsman’ roads as they head into the Cairngorms and a halt in Aviemore – but it wasn’t without a hailstorm and heavy rain breaking with periodic peeks of sunshine. The final day took a less than direct route to ensure crews were kept busy before arriving at the world-famous Gleneagles Hotel for the final control and post event festivities. Over 94 cars started the event tackling 10 tests and 14 regularities – with 79 finishing the final leg. Four of the final 79 were prepared by the Blue Diamond team.

Driver and Blue Diamond MD John Lomas says “Trophies are won in the workshop first, not on the last day of the event. The team worked hard to prep the cars during the weeks leading up to The Flying Scotsman and I’m proud of the hard work that was done. With four cars finishing, it speaks of the strong work done in the shop by the team.” Race and rally prep is one of the core services that Blue Diamond offers alongside routine servicing, restorations, and parts. Learn more about Blue Diamond’s services here.